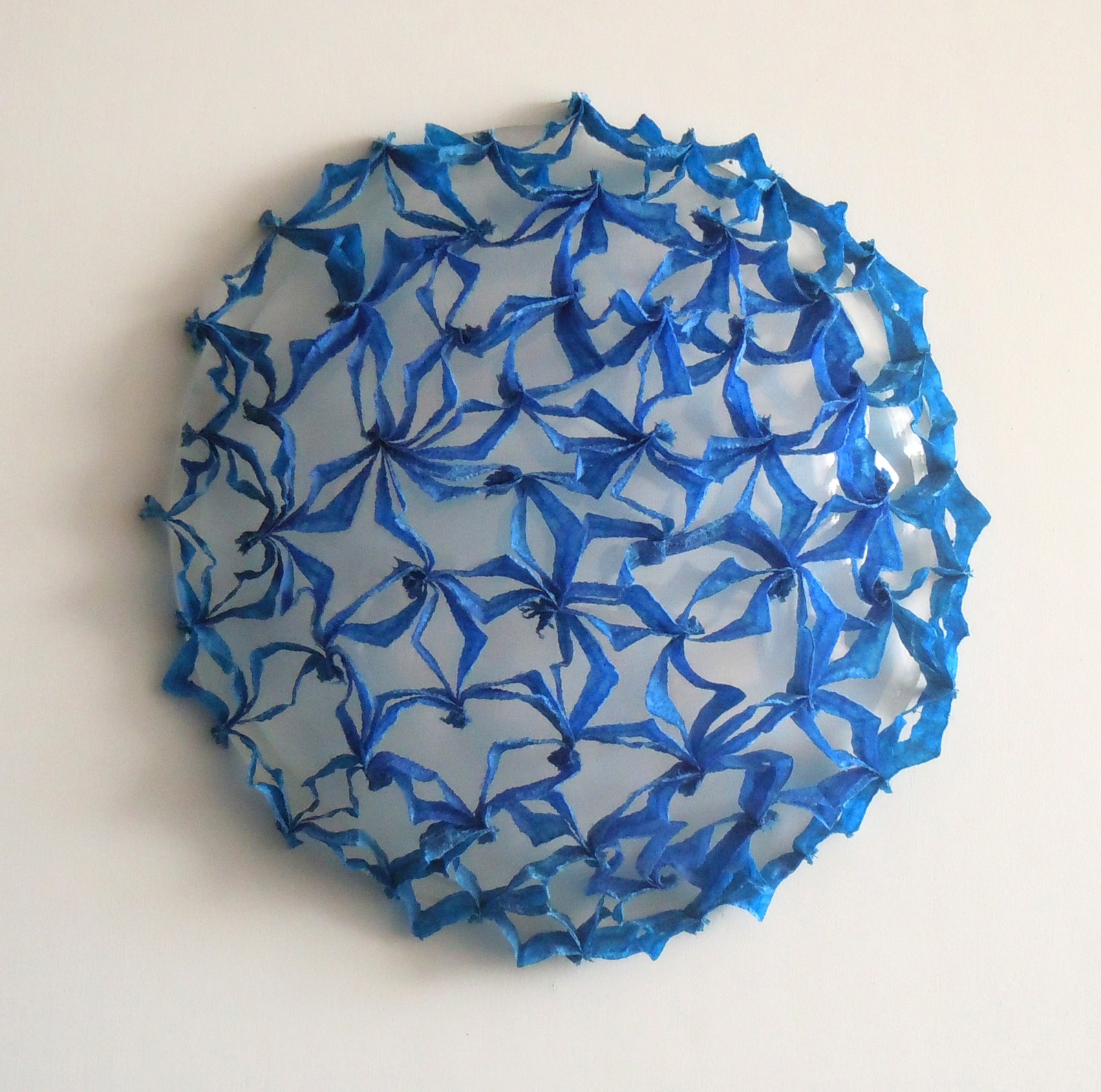 Paper is central to the conceptual, physical and material activity which drives my work in the studio and workshop. For most of the last 40 years my investigations have been based on developing ideas in paper using it variously as substrate, as independent medium, and in combination with other materials.

During that time while exploring a breadth of approaches and applications, my most intense interest has been in the structural aspects of the pulp itself and with the development of a paper membrane, which is both strong and translucent. My research into plant fibres has been ongoing during this time and I continue to test fibres new to me, both indigenous and exotic, for their potential to yield papers with these qualities.

My early concerns embrace two areas of subject matter which separately and together continue to sustain me. They are: 
1. a response to changes in landscape and the elements and
2. a response to information, its containment and manipulation.

Jacki Parry is an Australian citizen who travelled from Australia to Europe in 1965. She has lived and worked in Scotland since 1970. After a period of teaching and travelling she studied printmaking at Glasgow School of Art from 1970 -1975 gaining a Diploma and Post-Diploma of Art.

She was a founder member of the Glasgow Print Studio in 1972 and The Paper Workshop (Glasgow) in 1985, before becoming Head of Printmaking at Glasgow School of Art from 1991-2001.

In Barcelona she studied papermaking with Laurence Barker and in Shiroishi, Japan with Tadao Endo. She has exhibited & lectured internationally and her work is represented in private & public collections in the UK and abroad, including the Scottish National Gallery of Modern Art, Edinburgh, the Hunterian Print Collection, Glasgow, Kelvingrove Art Gallery & Museum, Glasgow, and the British Council, London.